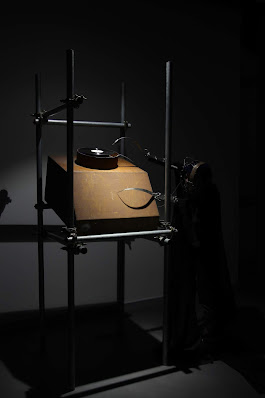 TOO LATE (2020) Isolation, performance  click link to view performance
'Isolation' (2020) is a sound sculpture that stems from the same sense of alienation and stands in the hope of political reform in the sight of a dystopian future. Highlighting alienating effects of Neo-liberalist capitalism.
The work is founded on my fabrication skills to make the sculptural structure but exploring performance was the development in the work. The mechanical prosthetic that either I or an audience member can pick up and use to place a needle on a rotating LP plays the old, broken record and raises the ongoing, cycle of not quite communicating the song which draws on the mental illness issues that I have experienced due to the state of isolation.
The piece illustrates the loss of solidarity through a lack of empathy, highlighting ‘the emergency of humanity’s sanity’ as Beradi explained in his book ‘After The Future’ in which he states that Neo-liberalism and corporate capitalism has left lasting damage on the ‘material structures of the world… and nervous systems of mankind’ as the machine becomes part of the human, eventually becoming psychosomatic. 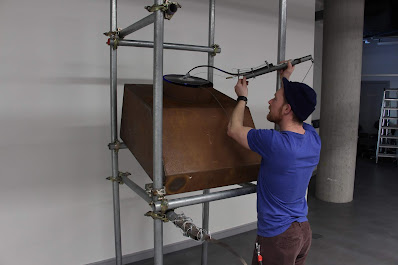 sound and acoustics testing in X-Gallery 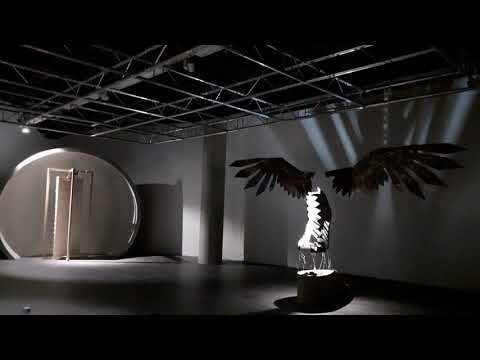 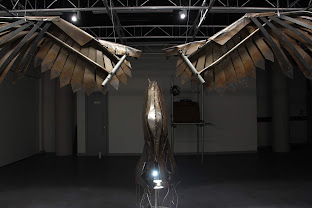